The Soulanges Canal (1891-1958) bypassed the rapids of Cascade, Rocher Tendu, les Cédres and les Coteaux which made it a major shipping lane between Upper and Lower Canada. In 1958 the St. Lawrence Seaway opened and the canal closed. Many locals want to rehabilitate the canal to be used as a throughway for pleasure crafts. For now, the bicycle path  following the canal is very popular and many use the water to fish and others to dive for relics underwater at Point des Cascade. 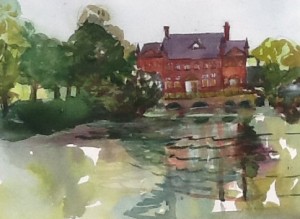 The red brick electric power house designed by Alfred Arthur Cox (1800-1950) often called “le petit pouvoir” was built between 1899-1900 to supply the locks and lights on a 24 hour basis. No longer in use, it is located about midway on the canal and can be seen from highway 338 on the north side or the south side from chemin du Fleuve. To see it close up, the bicycle path is the best choice. 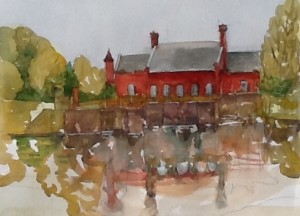 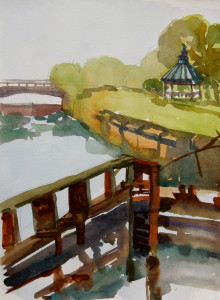 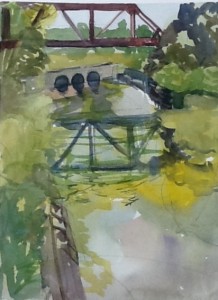